Please join us in our new home, 4CELNK.com. It’s our new location for all things Force Link! We’re proud to introduce a whole new set of No Tool, No Waste 4CELNK-YR cable management products for flat surfaces, wire shelving racks, EMT conduit. We even have a way-cool kit for you Obutto-rig gamers out there: The 4CELNK-YR OR3V series is specially made for fixing that cable-management issue on your tubular rigs. 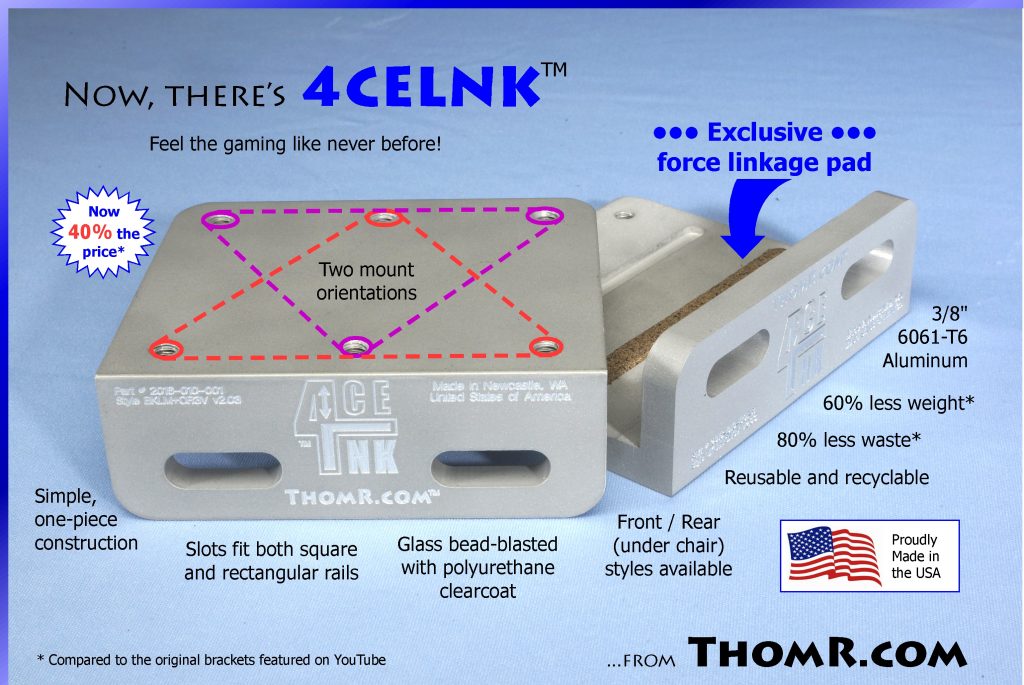 You’ve come to the right place. ThomR.com is the originator, designer, fabricator and everything else for the 4CELNK brackets. If you’re into gaming, and looking to upgrade your Obutto™ R3volution™ rig with some sweet ButtKicker™ mini LFEs, these brackets are what you need. Compared to the ones we made in the YouTube video, they’re half the weight, and a third the price.

At ThomR.com, we build things that help you achieve your vision. Our tools are among the most useful and safest available. They’re hand- and machine-made right here in the United States.

Exciting times are coming, so be sure to check back often! If you’re interested staying up on new ThomR.com products, you can of course contact me directly.

Inspired to look closer, see more deeply, and find what goes unnoticed by others, I developed a specialized technical photographic style. Marked by vibrant pastels and deep colors with rich internal structure, my photos are unlike any you’ll see elsewhere.

For more images, be sure to check this post.

Quite regularly, people ask for help realizing their designs, or help getting something done that’s just out of their reach (tools are expensive, but knowledge is priceless!)

A selection of some projects you might find interesting is in this post. At left is the main plate for ball bearing rollers for a BBQ spit. A fun little project.

For the most part, I can make more of these if you’re interested, so feel free to contact me by email at thom@thomr.com.

About Thom Randolph and ThomR.com

ThomR.com is something I’ve been contemplating for about 5 years now. It’s not a huge corporation, it’s just me giving back to the world, offering for sale things that people have said they wanted.

For more of the things I’ve done and worked on, check this post.

Finally, based on the help of several users, I’ve updated the kit to better fit and work with the newer 510 and 520 series machines. I’ve added a new Run / Probe switch box for those having issues using the Z-axis touch-off plate. I’ve updated the instructions as well.

Because of the significant changes in what you get, and because increased shipping costs that have risen over 40%, there’s a price increase. 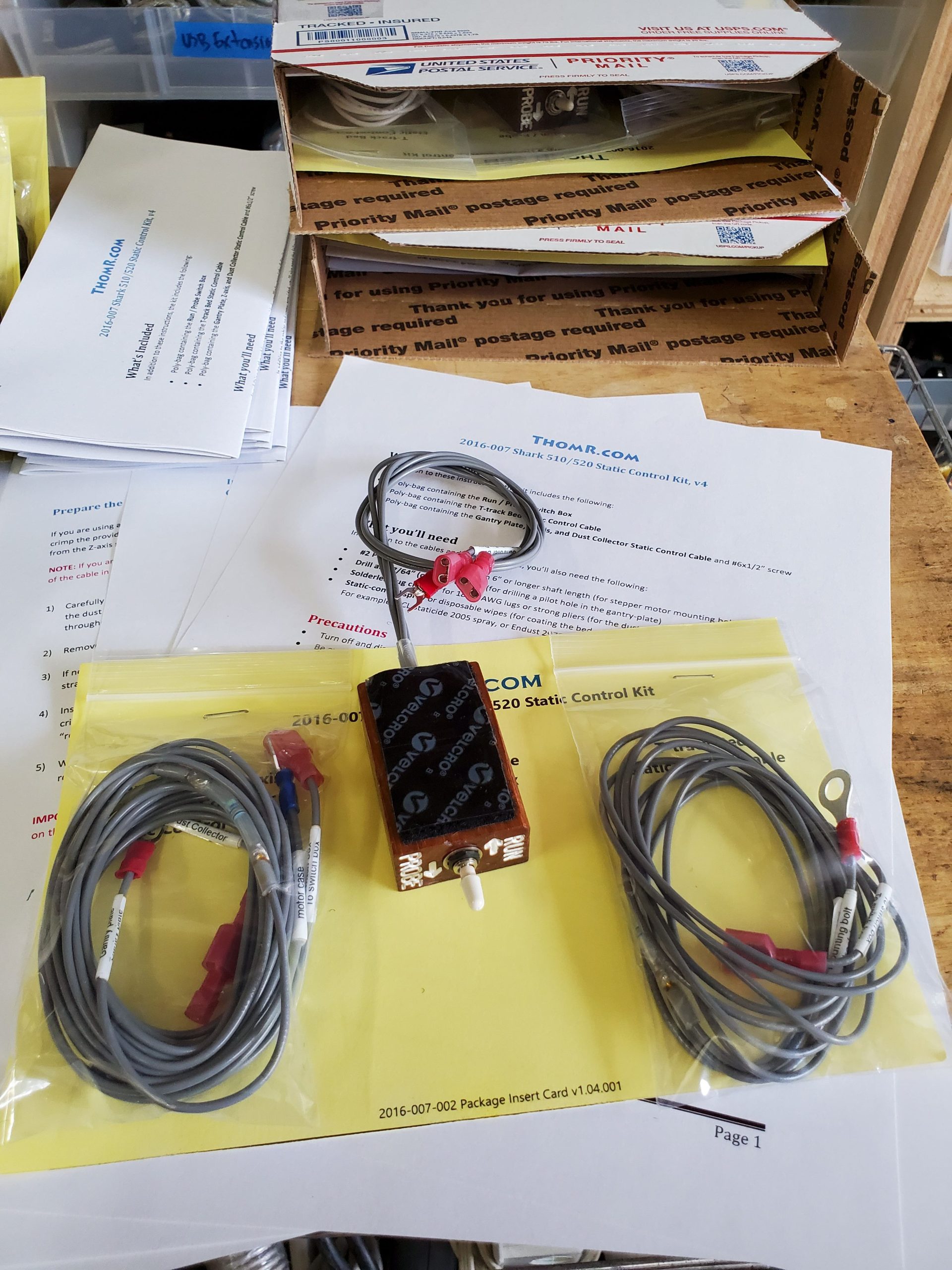 Drop me a note at thom@thomr.com, and for US$59+ $11 shipping I’ll ship one out to you. It includes two static control cables that properly tie together the bed, stepper motors, and gantry plate, and a Run / Probe Switch box for the newer machines, which can display issues with the touch-off probe when the structures are electrically tied together. All the lugs and connectors are clearly labeled for easy installation. US$59+ $11 shipping is a tiny cost to solve a painful, and frequently damaging issue. The kit includes complete instructions; it’s not difficult to install, but you need to do it the right way. To get yours, use the PayPal Buy Now Button: