Finally, based on the help of several users, I’ve updated the kit to better fit and work with the newer 510 and 520 series machines. I’ve updated the instructions as well, so things make more sense for you new-machine owners.

And the best part? No Price Increase! That’s right, in a world where prices are going up and up and up, I’m leaving this one alone. Yes, the updated kit has a bit more wire and another part, but they were all purchased quite a while ago, so they aren’t costing anything more than they did back then. So, enjoy one stable price in this crazy world! 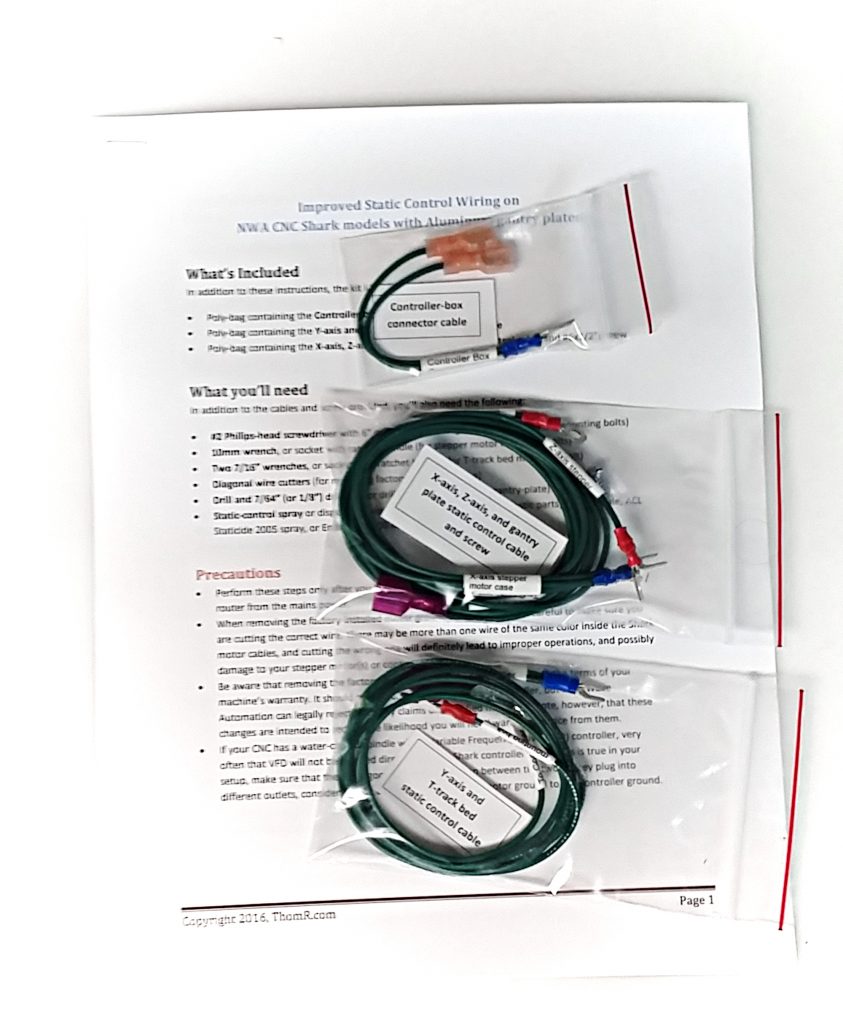 Drop me a note at thom@thomr.com, and for US$35+ $7 shipping I’ll ship one out to you. It includes three cables that properly tie together the bed, stepper motors, and gantry plate to the controller box. The various lugs and connectors are clearly labeled for easy installation. US$35+ $7 shipping is a tiny cost to solve a painful, and frequently damaging issue. The kit includes complete instructions; it’s not difficult to install, but you need to do it the right way. Or, try this handy PayPal Buy Now Button: